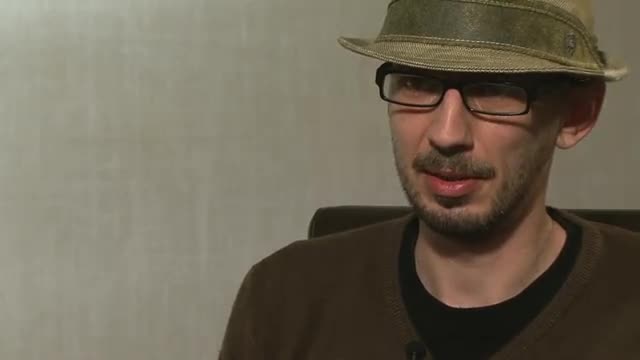 A game is structured around a series of rules. And if you have fixed rules all the time, the game doesn't morph from change. It's a bit like a story over time. It's designed to morph from change. And utilities, the best products in the world, listen to an audience. And they adapt themselves to what the social need is. So the audience adopt the product if it can be adapted. Rather than ask the audience to adapt their lifestyle around the product game or a piece of content. You can only watch it on this video platform, you can only play this game in these places, you can only read this book in this format. We're done with all that.
So what brings them all together, as Henry Jenkins has spoken out at length, is conversions cultures about people coming together. Or about technology coming together. The technology is already together. Or as William Gibson talks about: the future is already here, it's just not well distributed. And what we haven't got at the moment is a very good distributed ideology about how games, narrative, storytelling, utility and commerce work together. That's pretty clear, because newspapers, the media industry, media production companies all go: 'We can't do the things that we've done in the past, so what do we do?' That's the case with Purefold. You find a very different way to work with all your skills. And what you're producing may not look like what you're used to making, but you're doing what you're good at doing.
So the conversions between game play as rule systems, narrative as rule systems, economics as a rule system, it's very in line with what we've had for the last 50 years of technology. Rule based artificial intelligence. You've got to do this, you've got to do this and the audience response to this and this. We've known for a long time that that's not a scalable solution. What we have got, that works quite well, is the social graph. Or social media. No one is paying any attention to rules and how to use a platform properly or what they should post at what time of day or whether I should be really talking about the subject matter. It doesn't really matter, because it's so small and you can aggregate in bigger topics. It's a little metadata coming together to tell what's happening. So this rulers mentality is what needs to be played around with and filtered into content again. So I think there's a little phrase that we sometimes use that it's not 'less is more' or 'more is less'. The mess is the law. Get used to the chaos. But like any kind of organic mess, whether it's the weather or whether it's human beings, you're trying to find ways to listen to the probability of what's going to happen. With just the weather it's not by a set of rules that says: if it's sunny today, it's going to rain tomorrow. No, it's about the likelihood of something happening.
So like with social media, the likelihood of someone talking about roast beef sandwiches at this precise moment is extremely high. I guarantee it that someone's said that in the last three or four seconds. So when you know the probability of something's going to happen then you can start putting that back into games an narratives again. If you want to do a scene about a guy holding a roast beef sandwich, guess what? Someone's just done it. We aren't using that. Thinking bigger about what's going on in the world, because you can see it now. You can see it 5 years ago.

Intel+Toshiba Commercial: The Beauty Inside